The cover is decorated with the Tel Aviv municipality Ramat Gan’s coat of arms. Today, the area is considered to be a Tel Aviv suburb, but it was actually established in 1921 as a minor Jewish agricultural settlement of a few hundred residents. This happened before the establishment of the state of Israel in 1948, when the area was still governed by the League of Nations’ British mandate in Palestine. This kind of settlement primarily housed Jewish immigrants from eastern Europe escaping the precariousness of Europe as part of the early Zionist movements’ political efforts to ensure the return of the Jews to “The Holy Land.” Since then, the local population has risen to 150,000 and hosts a number of skyscrapers as well as the national soccer stadium. The coat of arms representing crops along with the name Ramat Gan (Garden Heights) are among the only reminders of its original status as an agricultural settlement. 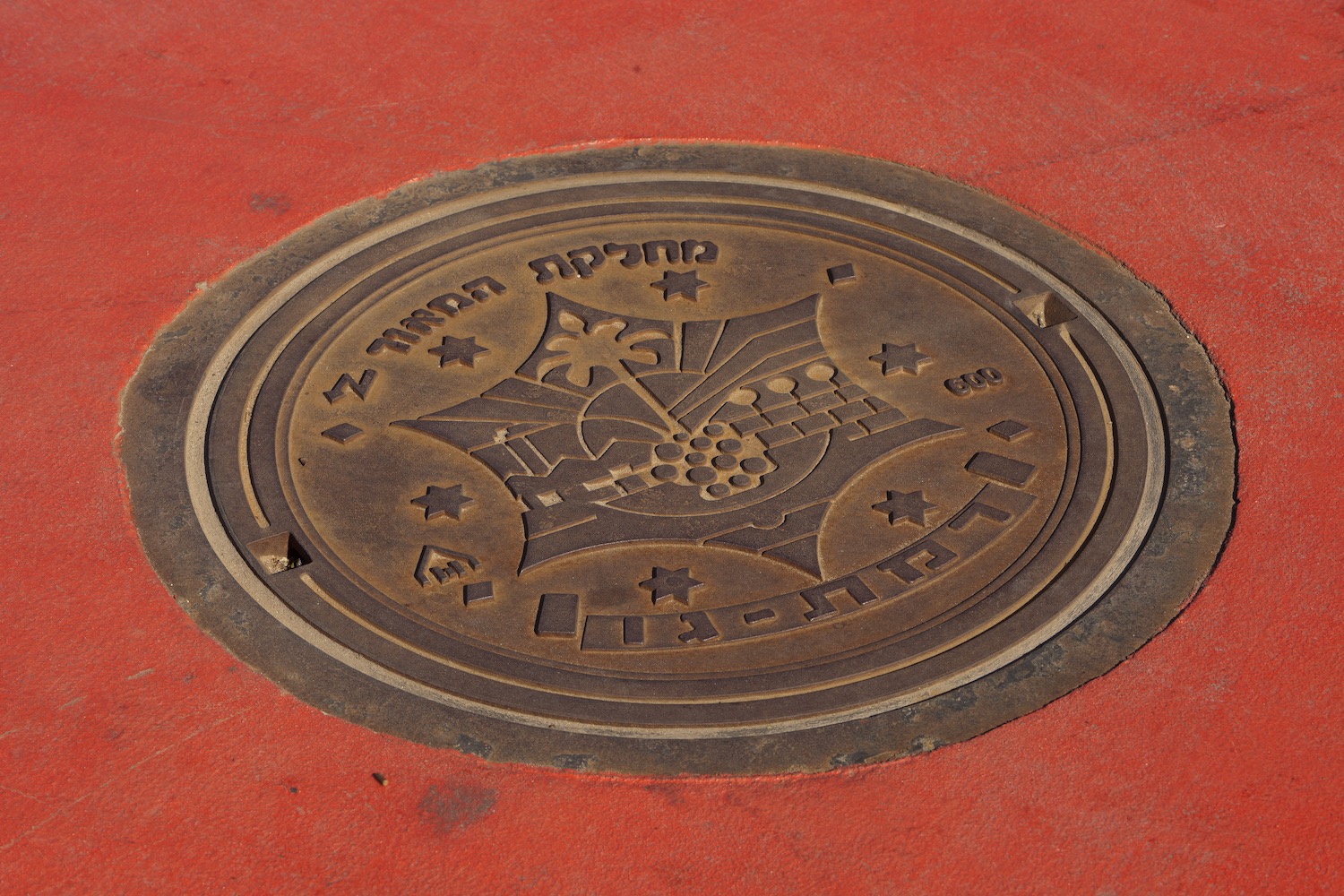 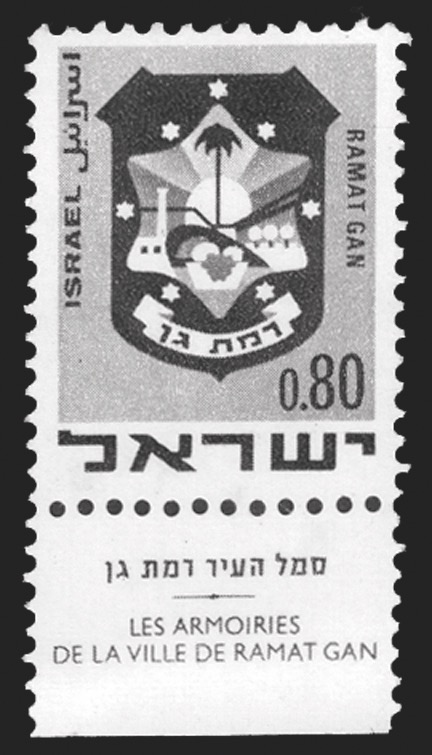